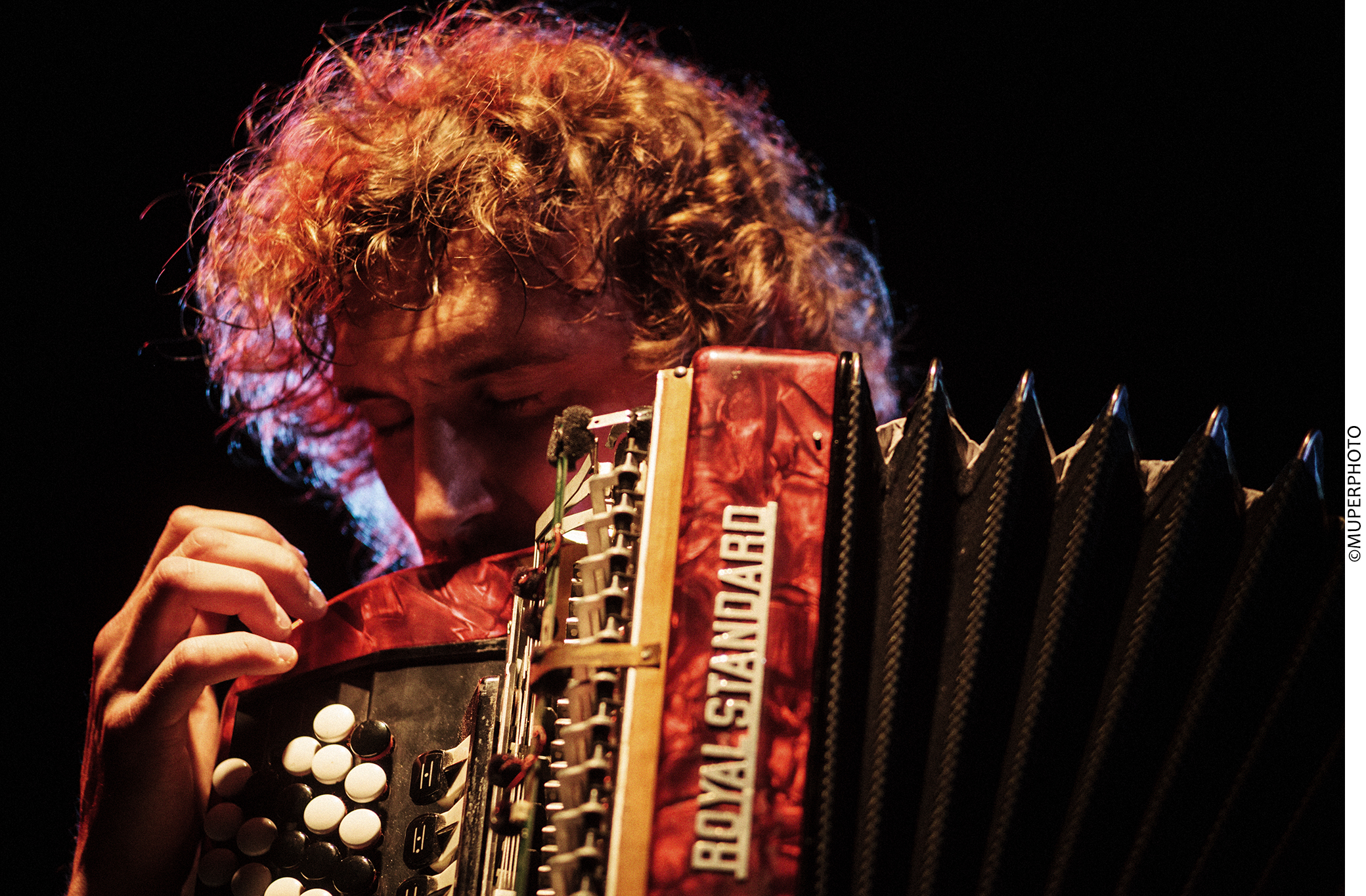 One of the most original accordion players in Eastern Europeis a composer, an author of music for theatrical performances and movies. Zabelov’s music can be described as an experimental mix of accordion, avant-garde, jazz and neo-classical sounds.

After performing all over Europewith his duo Gurzuf, Yegor focused on his solo career which sometimes expands to a trio where he continues to reveal the creative possibilities. He’s known to produce amazing sounds beyond the usual accordion music. Zabelov himself finds influences for his compositions in minimalist classics: Philip Glass, Steve Reich, Michael Nyman and also Arvo Pärt, Finnish experimental accordionist Kimmo Pohjonen and jazz trio Esbjörn Svensson Trio.

He started his professional education at the age of seven. In 2002 Yegor became a prizewinner of the International contest of folk musicians in Belarus. Yegor started composing when he was 20, during his studies at the musical college. Having achieved success in academic music, he became interested in different ganres of music, which led to projects with different Belarussian bands. With his duo Gurzuf he toured all over Europe.