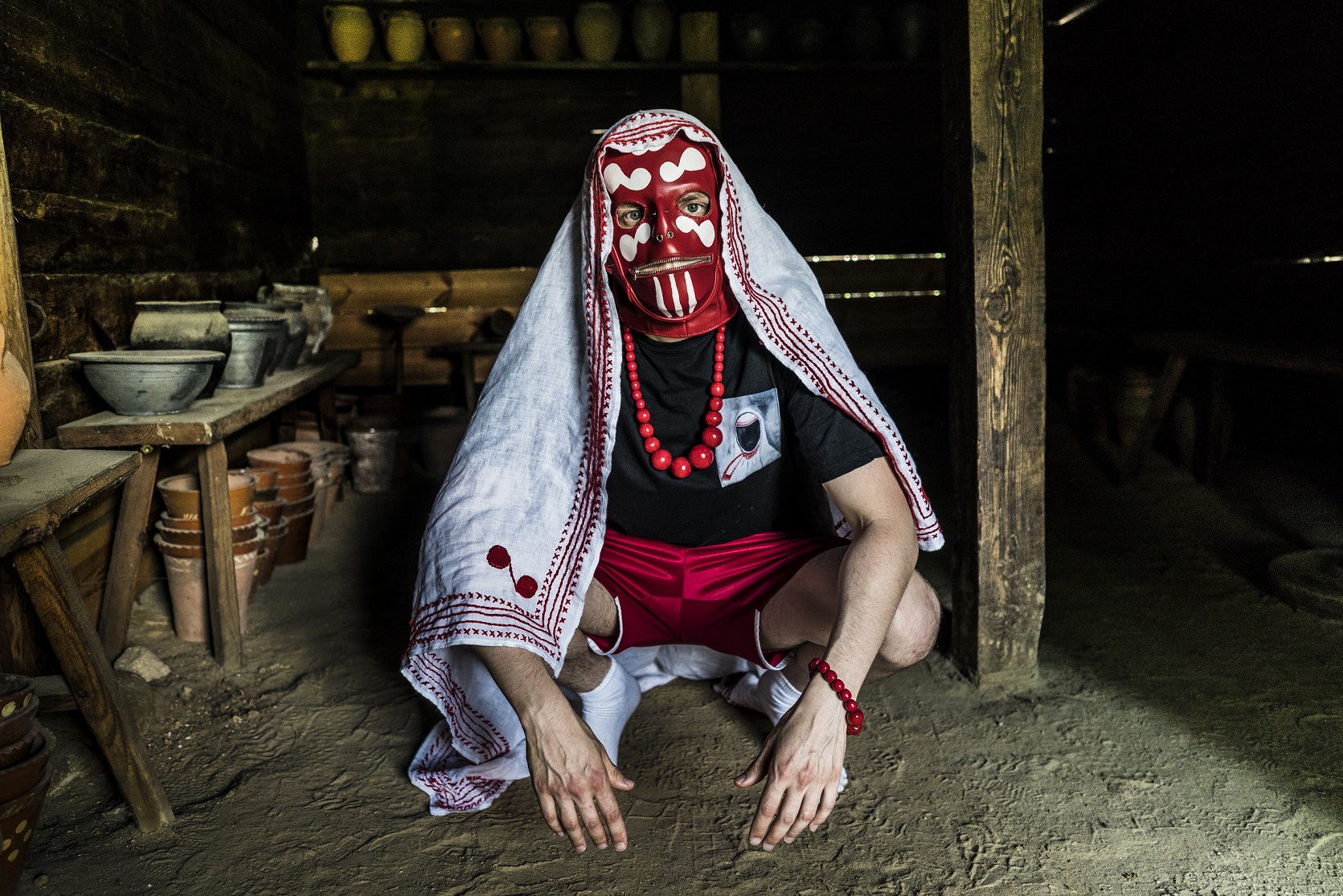 Królówczana Smuga is an audiovisual personality initiated by Adam Piętak, who comes from Biłgoraj. Its musical narrative is propelled by deformed sounds of guitar, resembling old, dusty and neglected instruments, left in agreat-grandfather’s attic or dug out from a secret grave in the forest. Also a voice appears there, that is far from whitesinging and sounds rather like a squawk of some exhausted drifter, whose throat has accepted a lot of drinks during his lifetime.

Bringing back the memory that is concealed, inconvenient, lost or simply denied - yet still inseparably linked to the culture of Biłgoraj - becomes the leitmotifof Królówczana Smuga’s work.

However, it is not ethno-centrism. Biłgoraj is just a reference point and a point of departure, encouraging to start looking for lost truths in one’s local motherlands and fatherlands. Królówczana Smuga profoundly reflects upon the fate of his hometown and also, from the point of view of a provincial wandering beggar, provesthe relationship between the past and the present of his country to be complicatedand criticizes the commonly popularized historical policy.

Thepatriotic-ethnic-sports outfit, designed by Królówczana Smuga basing on thetraditional Biłgoraj and Tarnogród female costume, is a grotesque reflection on contemporary quasi-patriotism and ethno-centrism – inan extreme form, almost a kind of fetish. The feminine look of this outfit is also supposed to question the hegemony of a patriot guy stereotype, perceived as the only correct form of cherishing one’s motherland.

It is alsoa criticism of folklore, that has experienced a pop-cultural renaissance for years in the same time being used as a tool to build incomplete and deceptive archetype of Polish identity - of beautiful, colorful andgood-hearted Slavic people. For Smuga, folk is not a museum piece ora renovated open-air museum, but folk is happening here and now!