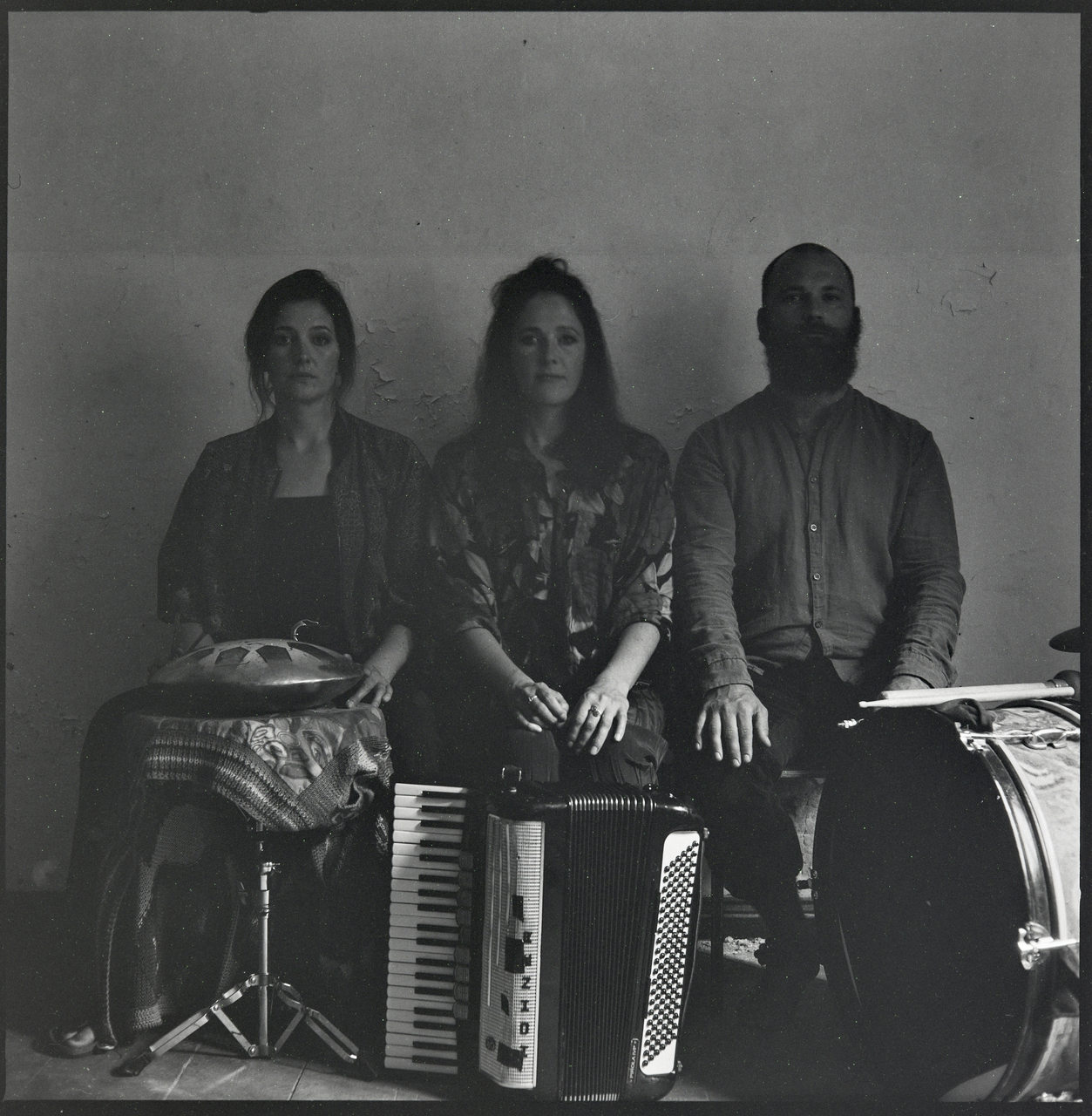 Michalove will introduce you to the world of traditional, dying folk songs. Together they weave stories crossing the boundaries of time and musical genres.

Michalove combines their trance music, the spacey sound of handpan, tankdrums, double bass and accordion with the world of traditionalfolk songs. They draw their inspiration mainly from Ukrainian polyphonic songs,but also songs from various parts of Poland. In 2019, the Michalove trio won first place at the Folk Music Festival "Mikolajki Folkowe" and in 2022 it won second prize and the Polish Radio Program I Award at the "New Tradition" Festival.

In January 2023, the band released its debut album 'Rano'.

"Rano" is a mosaic of folk songs originating from various regions of Ukraine. The album features songs that the band has learned over the years through friends or by participating in singing workshops. Crossing the boundaries of time and musical genres, Michalove combines its trance music, the spacey sound of the handpan, tankdrum and accordion with the world of Ukrainian singing traditions.

Michalove is a family: the Terefenko sisters, Ania and Justyna, and Kuba Bryzgalski, Justyna's husband. They come from the village of Michalovo in Central Pomerania. Their ancestors came here from various parts of Poland. The Terefenko sisters' grandfather was a Ukrainian resettler from Podkarpacie during Operation Vistula. Enchanted by the beauty and richness of Ukrainian folk songs, they rediscover their cultural identity through singing.