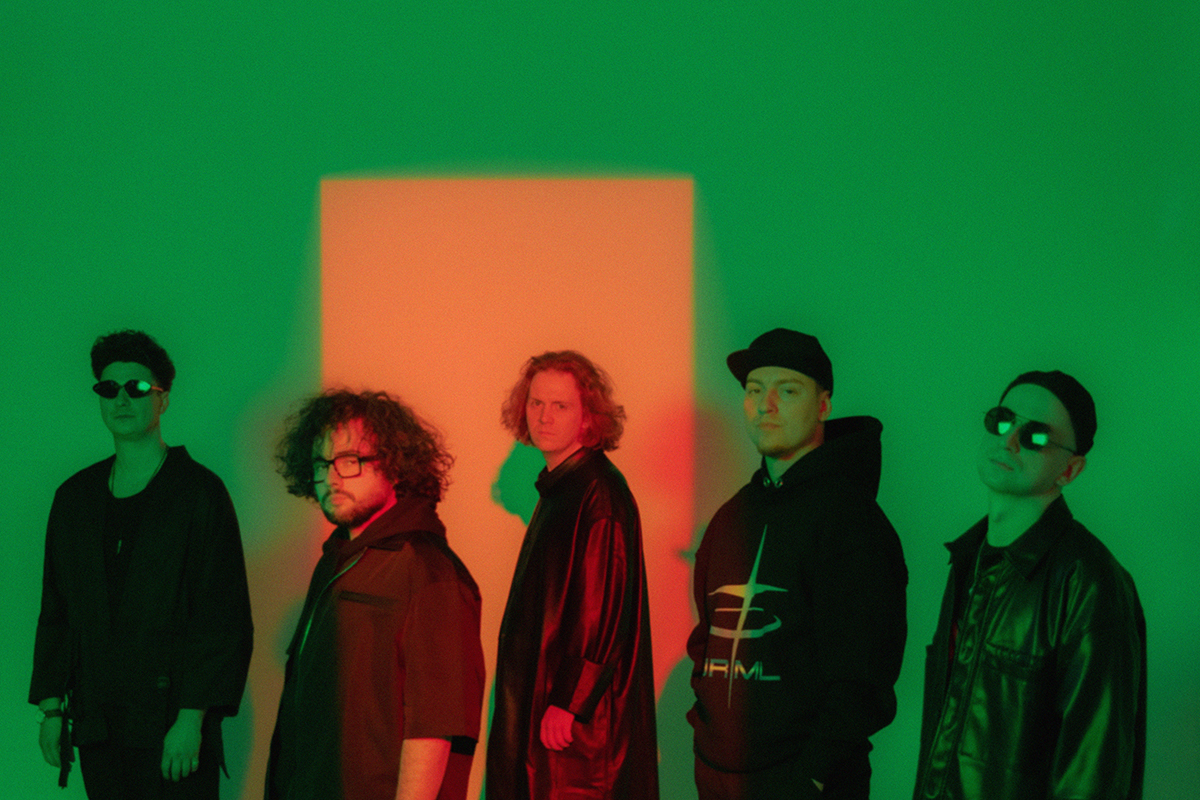 If one was to interpret the whole output of EABS in general, an inquisitive listener would notice that each subsequent album stems from the previous one. The overtones are similar and they can be treated as variations on the same theme. The only thing that changes is the background of the story. It is all about life and death, the beginning and the end of the world, and the role of human beings entangled in all this existentially.

The musicians' camp in Wrocław who have been growing and developing at the legendary Electro-Acoustic Beat Sessions at the now defunct Puzzle club (2012-2014). The closure of the club was an impulse for further development, which meant that the EABS band grew into one of the most important voices of the Polish jazz community in recent years. The audience had to wait almost three years for the debut EABS’ material, when the collective began to move away from hip-hop being understood as a genre in which the rapper plays the first fiddle. The uniqueness of EABS, however, is determined not only by the instrumental mastery and topicality of their language of expression, but also by hip-hop provenance and socio-political commitment.

In 2017,after the critically acclaimed debut album EABS Repetitions (Letters to Krzysztof Komeda), devoted to the less known works of Komeda, the band decided to keep the momentum and release two more vinyl records. The first (black), recorded live in Katowice - Repetitions (Letters to Krzysztof Komeda)Live at Jazz Club Hipnoza and the second (pink) recorded on tape and released on the British label 22a Music, entitled Kraksa / Svantetic, crowning their work with the so called “Komeda’s triptych". The third (green) studio album received many great reviews in Poland and abroad.

Their original album, which appeared in mid-2018, could sound like. This time the band focused on Slavic mythology and Polish demonology, inviting British musician Tenderlonious to cooperation. The main inspiration for this album was the world famous "Slavic melancholy", in which the band tried to find their own DNA. Slavic Spirits is an attempt to contact the spirit of their retrievably lost culture of Slavs living close to nature, as well as with their world burdened with serfdom, which, due to the illiteracy of the people,will never be thoroughly researched. It means that it can only be referred tothrough the language of emotions. Therefore, under the influence of the deliberations of many musicians, historians, journalists, writers and even psychotherapists, compositions that the band got out of the depths of their spirit and imagination began to appear very quickly.

Slavic Spirits EABS will play during the 10th edition of Ethniesy Festival.